Posted by Unknown Posted on 15.40 with No comments 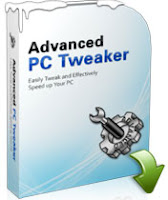 Our results-oriented solutions are professionally designed for Windows© PCs to avoid re-installing the operating system. Advanced PC Tweaker is a complete package for your PC care and maintenance that you don't have to go through the hassles of resolving the problems and with Advanced PC Tweaker you can safely clean and repair the registry problems and speed up your computer with a few simple clicks. 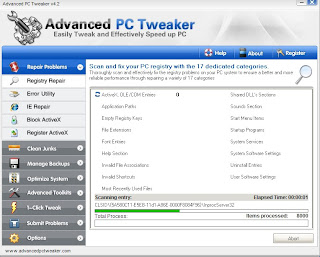 Posted by Unknown Posted on 07.42 with No comments

Boot times often get worse as the operating system gets older, especially if for those who like to install any application just to give it a try. Unfortunately, there is no solution to get a faster booting system unless one is willing to resort to some geek-y tricks and do it all by yourself. Removing apps from the startup, cleaning up the system, removing temporary files and many other steps are sometimes a real nuisance.
BootVis on the other hand comes to make all things easier. It is developed by Microsoft, so it can integrate seamlessly into Windows so it should work without a glitch. The bad news is that it works only with Windows XP - after all, it is an old software for an old operating system. The Redmond-based software giant claims all its newer operating systems are supposed to boot faster, so a tool like BootVis would be useless. 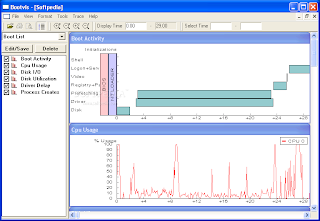 Since it is designed to be simple, BootVis has quite a clean interface, adopting the popular Microsoft style. Classy look, with functions displayed right within the main window and providing you the required information within a single click.
In order to make sure that the optimizations it applies are efficient, it is necessary for the users to let BootVis reboot the PC several times, thus enabling it to gather all the required data. Once this step is completed, the app displays detailed graphs about the Boot Activity, CPU Usage, Disk Usage, Disk Input/Output and Process Creation.
BootVis can significantly increase boot speeds every time it is used, event though some users may encounter issues when using BootVis, especially when trying to optimize the system for faster boot time.
To sum it up, this app surely needs to be taken for a spin by those who still use Windows XP and wait a long time around the PC for it to boot.

Posted by Unknown Posted on 15.47 with No comments

Your computer is a complex assemblage of technologies that need management and maintenance to run smoothly. Without the right care and expertise, vulnerable technical areas can suffer wear and tear, resulting in degraded performance, con·  icts and slow-down.
Uniblue PowerSuite was developed to be comprehensive performance solution for your PC. Compounding the powers of RegistryBooster, DriverScanner and SpeedUpMyPC under a unifed interface, PowerSuite boosts and protects critical system elements tied to speed and stability.
Through its unifed three-in-one scan, PowerSuite cleans and defragments your registry, updates your drivers and optimizes system and resource management, giving your PC the ultimate performance step-up. Once your system is fully optimized, a convenient scan-scheduling function provides professional and ongoing maintenance to keep you running smooth, fast and effcient. 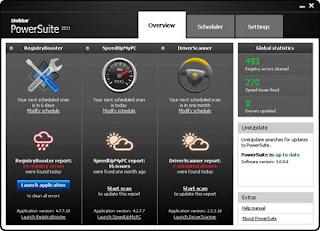 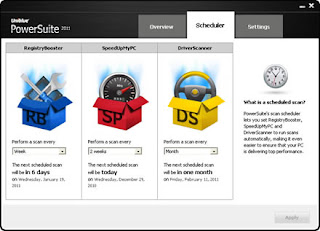